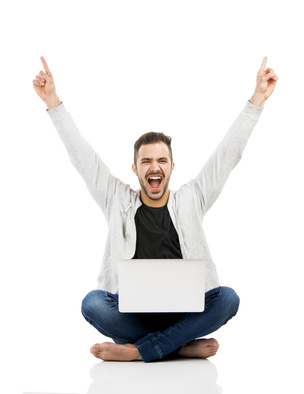 Exactly 1 month ago, I received a link to a viral video called Look Up. I only got round to watching it a couple of weeks later, by which time it had been around for 4 weeks and already had approaching two million views. It's a very well constructed commentary on the prevalence of social media in modern life.

Today, that video has been removed for 'multiple 3rd party copyright infringements' but it wont take you long to type "look up" and discover it at http://www.youtube.com/watch?v=Z7dLU6fk9QY with a staggering 43 million views. To give some perspective to that number it's getting-on for everyone in England having seen the video. There's been some negative reaction to it, generally along the lines of 'look down' and do even more social media.

The value in this film is the reminder that great care is needed when it comes to social media and also in real life. Words you write may be tweeted and pasted around the world to friends and strangers in just the same way that words and actions are received by your colleagues, peers and family. What you say and what you do MIGHT really matter. What you miss might have been important. The problem is, we don't know which bits matter until after the event. More often, we never find out at all.

To see why care is needed in our social media and real-world interactions, let's take an extreme example. Paul McKenna - famous British hypnotist, best-selling author and NLP expert. McKenna's books, shows and seminars help people to get rich, lose weight, sleep better, quit smoking, and change your life. His messages are charged and optimised to increase the chances of making those changes, and his paying audience want those changes to take place, so we can regard him as being at 'the most likely to make a difference' end of the scale. With £17m in UK book sales, 2.5 million readers, and let's give him a 30% success rate, Paul is likely to have influenced 700,000 people (in the UK). Deliberately, and positively.

Image of Gary Turk creator of Look Up, from YouTube

With 43 million views and a very simple message, we know that Gary Turk, creator of the Look up video got the attention of BBC Trending, because they interviewed him. And six other YouTube film-makers, because they posted video responses. Turk claims that people messaged him saying they had put away their smart phones and stopped tweeting all the time. Let's give him a influence (success) rate of just one hundredth of one percent. That's 430 people whose lives his film has changed.

The chances of you or I tweeting something that has a life-changing effect on 430 people are very slim indeed. But it is likely that you will post something this year, that will have a major effect on one ore more of the people in your network. You wont know who or when, so be sure that what you post you post with care. You never know who is going to read it, or what they are going to do with it.